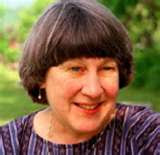 "Examples of compelling feedback is not hard to find. Suppose taxpayers got to specify on their return forms what government services their tax payments must be spent on....Suppose any town or company that puts a water intake pipe in a river had to put it immediately downstream from its own wastewater outflow pipe. Suppose any public or private official who made the decision to invest in a nuclear power plant got the waste from that facility stored on his or her lawn...Suppose the politicians who declare war were required to spend that war in the front lines.

There is a systematic tendency on the part of human beings to avoid accountability for their own decisions. That's why there are so many missing feedback loops."

She goes on to relate a story about Amsterdam:

"Near Amsterdam, there is a suburb of single-family houses all built at the same time, all alike. For some unknown reasons it happened that some of the houses were built with the electric meter down in the basement. In other houses, the electric meter was installed in the front hall.

It was discovered that the houses with the electric meter in the hall used 1/3 less energy."

She explains that this is because the feedback loop was available for all to see.

This is the main purpose of business intelligence. To provide a feedback loop that provides accountability at all levels of an organization.
Posted by Ike Ellis at 5:38 PM